English
Home / News / Difference between globe valve and other valves

Difference between globe valve and other valves

What is the difference between gate and globe valves?

The structure of gate valves is more complicated than that of globe valves. 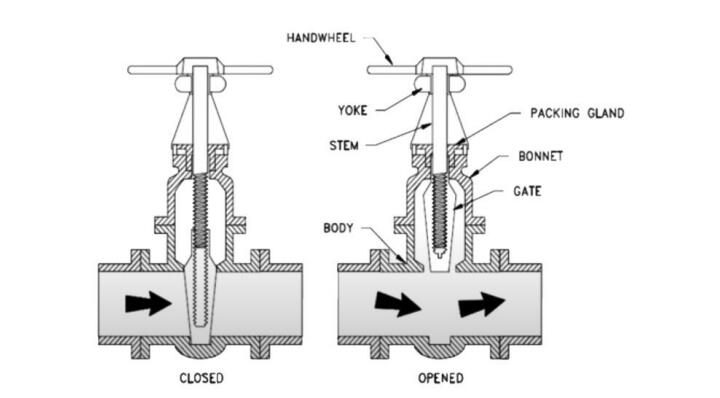 The rising stem gate valve is also known as the OS&Y design, which means outer stem and yoke.

Gate valves and globe valves operate in the same way, both can use pneumatic actuators, electric actuators or handwheels to drive the stem to open and close the valve.

The difference between them is that gate valves can only be fully open and fully closed. Its stroke/stroke is greater than that of a globe valve. It means that the gate valve has a longer opening and closing time than the globe valve.

Since the distance from the valve plug to the valve seat is shorter than in a globe valve, the globe valve can globe at any stroke during its movement to throttle the flow. This is not available in gate valves.

Because the gate valve can only be fully open and fully closed, when it is in the fully open state, the flow path in the entire pipeline is straight. When the medium flows through the valve body, there is almost no obstruction, and the flow resistance is almost zero. In the globe valve, the medium flows through the valve body, the flow direction is from top to bottom, and the resistance of the spool is relatively large.

Gate valve in maintenance and repair, the gate valve needs to be completely disassembled from the pipeline, the labor cost is relatively high. However, for globe valves, in most cases, the seat and spool can be replaced directly on site without disassembling the entire valve. Therefore, globe valves are suitable for welded connection applications.

What is the difference between globe valves and ball valves?

Both ball valves and globe valves shut off fluid from the pipeline.

The ball valve is an evolution of the plug valve. Its opening and closing part is a ball, which is rotated 90° around the stem axis to open and close the valve.

1. The ball valve has the lowest flow resistance.

2. Can be opened and closed quickly.

3, the ball valve is compact and light weight, and can be considered the most reasonable valve structure in the low-temperature media system.

4, the ball valve body adopts asymmetric design, especially the welded body structure, which can well withstand the stress from the pipeline.

Globe valve is used to cut off the flow of the medium, suitable for occasions that require very frequent opening. Most commonly used in chemical plants.

1.High fluid resistance, the force required to open and close is large.

2. not applicable to the media with particles, high viscosity, coking media.

3.High fluid resistance, the reliability of the seal is not suitable for long-term operation.

What is the difference between globe valve and butterfly valve?

Butterfly valve is a simple regulating valve, also can be used for low-pressure pipeline media on and off control. There are many types of butterfly valves for a wide range of applications. Butterfly valves are used in pipelines carrying various corrosive and non-corrosive fluid media in engineering systems such as generators, natural gas, petroleum, air, chemical, power plants, etc., for controlling and passing through the media. Butterfly valve has two-way seal and single-way seal.

What is the difference between globe valve and plug valve?

The total plug valve has compact structure, small volume, and compared with the gate valve, the valve height is greatly reduced, and the fluid resistance is also greatly reduced.

Plug valve is a rotary valve, the plug is shaped like a cone or cylinder. It can be rotated in the valve body to control the flow of fluid.